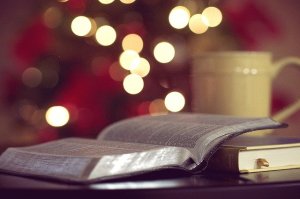 I turned the book over in my hands. It felt all wrong.

A book like this ought to be bound in oxblood leather, with embossed lettering and crinkly pages that smelled of old chocolate. Mystical grimoires should not be heavy paperbacks with razor-cut pages and glossy covers.

Frowning, I opened it and studied the contents page.

My big sister is five years older than me, which doesn’t seem like much, now. But when I was four and she was nine, it was huge. It snowed that winter, and we were both desperate to go outside. Mum said she had to look after me. I wanted to throw snow and crash into things, because, hey, four. She wanted to make the perfect snowman so that she could take photos and post them on some social media thing.

Know what she did? She told me to lick the signpost near our house. And I did it, because, hey, four.

She left me there until she finished that blasted snowman.

I looked at the figure I’d been working on. I did a hand-building pottery class for a while, so it wasn’t terrible. Okay, it wasn’t going to win any awards: the legs were too thick, the shoulders were boxy and no matter what I did, the armpits weren’t quite right. But it was recognisably human, even somewhat feminine.

I picked up a wooden tool and cut a hole in the figure’s belly. I prodded strands of hair into the space, then pushed a piece of well-chewed gum in after them. There was nothing about chewing gum in the grimoire, but it had been in my sister’s mouth so that had to be a ‘link to the target,’ right?

I jammed the piece of clay back into the hole.

My sister told me Santa didn’t exist when I was five, stole the baby tooth that fell out when I was seven, broke my games console when I was nine, spilled red wine on my favourite jeans when I was thirteen.

I used the wetness from my eyes to damp the clay and smooth the edges.

I checked the time on my phone.

Then I picked up the old kitchen knife I’d been using and, glancing at the book, cut off the figure’s left breast.

My sister gave me her favourite doll when I was six, and money to buy cake at the school bake sale when I was eight. My eighteen year-old sister bought me fabulous new jeans that Mum hated. She spent a week teaching me integration before my maths exam. Whatever she said to that that boy who was hassling me, I never saw his face again.

My sister was out of surgery.

Again, I used the wetness from my eyes to smooth the clay over the cut and placed the figure in a shoebox filled with cotton wool.

Then I found my sister’s favourite song in my playlist and left it playing nearby.

Author’s notes
I had high hopes of selling this story but… it kept coming back to me. So. Here you are, lovely readers, you can have it. It’s too nice to keep in a box, I think. Coffee is, as always, very much appreciated ☺

If you like my work, you can support my writing by buying me a coffee at ko-fi.com.
© Kat Day 2020

This site uses Akismet to reduce spam. Learn how your comment data is processed.